Banner
Home Technology 5G Is Here. What Does It Mean For You?

5G Is Here. What Does It Mean For You? 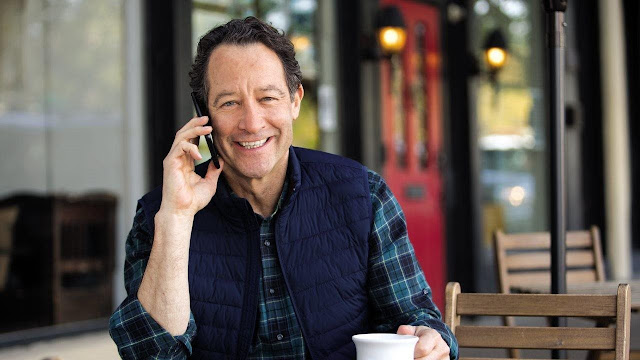 By now, you’ve probably heard about the coming launch of 5G. Rolling into the marketplace for the first time this year, it’s the next (fifth) generation of cellular technology, and promises to significantly enhance the speed, coverage and responsiveness of wireless networks.

It’s a major upgrade, and has wireless carriers excitedly rushing to promote the arrivals of their 5G networks and compatible products. As a result, the average cellphone user may well be wondering: How and when will 5G really make an impact on me?

Well, before you feel compelled to rush out and upgrade your phone, consider the following.

Ever since the first field tests of 5G were deployed in 2015, hype for the technology has been building. Tests have delivered responses 10 to 100 times speedier than current 4G cellular connections. The arrival of 5G is predicted to bring phenomenal advancements to the digital landscape, supercharging marvels like self-driving cars, virtual and augmented reality, and even newly emerging medical services like remote surgery.
But that magnificent future is just that: the future. Initially, 5G is only being made available in a small number of launch cities, and even there only to those who’ve already laid out upwards of $1,200 for the first generation of 5G-compatible phones.

The rest of us will still be connected to the reliable 4G service we’ve grown used to — and 4G won’t be going away anytime soon.

It’s estimated that most wireless networks won't be providing widespread 5G coverage until the end of 2020, at the very earliest. And even when they do, you can expect the technology supporting 4G to remain in place indefinitely. In fact, unless you’re actively seeking to change, you may not even notice that 5G has been turned on in your area for a long time.

How long? Let’s use history as a guide. Just this year, major network providers have begun the final phase-out of 3G technology, which launched in 2001, meaning it’s had a productive lifespan of almost 20 years. 4G launched in 2010, so it will likely still be supported for as much as another decade.

The bottom line is, if you’re comfortable with your current network speeds and performance, you won’t need to change a thing for a long time to come.

Going down a familiar road

The best approach for upgrading to 5G may very well be: Wait and see. If you trust your wireless provider, remember that they’ve been through these changes for each successive generation, and have plans in place to make sure customers stay “up to speed,” so to speak.

A good example is Consumer Cellular. Focusing largely on customers ages 50 and up, the company recognizes that its users may be less tech-savvy than other segments of the market. As a result, they’ve helped steer them through transitions all the way from 2G by proactively reaching out to alert customers as to what changes to expect, and when, with each succeeding upgrade. The result has been millions of customers making seamless transitions, whether that required simply changing a setting on a cellphone or upgrading to an entirely new device.

5G offers a bright future for wireless, and opens an almost unlimited range of technological possibilities. Yet for the average user, and for the foreseeable future, it will be a “nice to have” rather than a “need to have” upgrade, meaning there’s really no rush to decide.
Share this
About me